10 Steps to Become a Non-Smoker Script

Use this POWERFUL smoking cessation program with your clients – it’s astonishingly effective and costs you less than you will earn from one client!

The Ten Steps to become a Non-Smoker hypnosis scripts from The Script Collection make up a unique approach to helping people who no longer want to smoke.

But this programme does not get them to stop smoking.

Indeed, it encourages them to smoke right through the programme.

Because this is not a how to stop smoking programme.

It is a how to become a non-smoker programme – and a non-smoker is someone for whom smoking is just not relevant.

So when you start this programme with your clients, you give them instructions that they are to continue smoking throughout. And you instruct them that when they no longer want to smoke, then they can stop smoking while they continue with the programme.

Step by step, as you take them through the programme, you unhook each and everyone of the unconscious connections that keeps the smoking habit in place.

And they don’t know and you don’t know whether they will no longer want to smoke after the first, or the second, or another part of the programme.

The Ten Steps to become a Non-Smoker hypnosis scripts are intended to be used as an integrated programme and are available as a complete set.

Here’s how the programme is put together:

Step One – How you are being brainwashed
This hypnosis script clarifies how certain beliefs can hold smoking in place and how smoking dictates to the smoker. In the pre-talk the client learns (all over again) the essential facts about the impact of smoking.

A simple relaxation induction leads them into a state of receptivity where you help them begin to understand how they are being hoodwinked into ignoring these facts. Once you’ve seen through the trick, you can’t be tricked any more.

Step Two – The parasite and the host
This hypnosis script dispenses with pre-talk and relies on the immediate introduction of a powerful metaphor to engage the unconscious mind and induce trance.

The aim of the metaphor is to help the client become more objective about the true nature of the relationship between them and their cigarettes. You then put the choice before them and lead them hypnotically through the long term outcomes of their choices.

Step Three – An abusive relationship
In Step Three you will take the client through a longer induction process, allowing them to become really deeply entranced before leading them into a different metaphorical representation of what has been happening between them and cigarettes.

The emotional power of this metaphor is used to inspire the client to break out of the grip of smoking once and for all and to build up determination not to fall for tobacco in future.

Step Five – Breaking the chains that bind
A paradoxical induction gently moves the client into a deep hypnotic trance, where the apparently ‘unbreakable’ links between smoking and other activities and situations come under the spotlight of true understanding.

And that sharp bright light reveals that these links, which look so solid, are fine as gossamer. As the client begins to break through the links, you will future pace them to rehearse experiences of being utterly free of such associations.

Step Six – Living under a dictatorship
In this hypnosis script the trance induction builds upon the expectation that the work already done has begun to bear fruit (whether or not the client has now stopped smoking) and can be acknowledged in the body.

Two new metaphors are brought into play to inspire the client to focus their rebellion in the right direction and to realise that, even when their smoking habit seemed all consuming, it was only a tiny part of them that was really collaborating. Which means that the rest of them is standing ready to support the rebellion.

Step Seven – Freedom from fear
The powerful metaphors used in Step Six are deployed in this hypnosis script to propel the client hypnotically away from their previous smoking life style, discovering the joys of experiencing health and fitness once more.

But that’s not all. At the same time you help them arm themselves against the lies and trickery that might lie in wait to tempt them back, so they cannot be ambushed. Ready for anything, they can really experience smoking as something that is past.

Step Eight – Living free
Step Eight of the Ten Steps to become a Non-Smoker is devoted to the future. In this hypnosis script you lead your client to focus on a series of individual beneficial experiences that will come their way as a result of leaving smoking behind. Each one is evoked in great sensory detail, and rehearsed at an unconscious level to embed it deeply in the psyche as a natural part of daily functioning – where the thought of smoking just does not arise.

A clear and practical pre-talk (which is also full of embedded therapeutic suggestions) explains why being free of nicotine doesn’t have to equal weight gain and why in fact the ex-smoker will become slimmer (if they need to) as well as stronger, fitter and of course healthier.

Those natural consequences are then made the basis of the induction of trance where the everyday practical world is left behind for a wonderful energising metaphor. Without even knowing it, the client will begin to deploy this energy to activate their body in naturally health-giving ways.

Step Ten – The whole story
This is the best bit. No more precepts, no practical tips, no psychological tweaking. Just a story. And the unconscious mind loves nothing more than a story. So as your client drifts off into that other world that is seemingly so far from the everyday, the hypnotic metaphorical blueprint of all the patterns that have been learned during the programme is laid down in the unconscious mind.

They don’t have to do anything. Except listen and enjoy.

The Ten Steps to become a Non-Smoker hypnosis scripts make a therapeutic programme that no therapist will want to be without.  You can be confident that you are using a tried-and-tested method, that you can use in its entirety or blend with your own approach.  You can deliver it to your client in one extended session, or break it up over several days – try it out and see what works best for you.

Bonus Script
When you buy the smoking cessation package, you will receive the ‘Quit Smoking – Stay Stopped‘ script which is designed to prevent relapse. One use for this could be to record it onto tape or CD and give it to your client as a ‘booster’ session as part of their smoking cessation program.

We also offer an indepth tutor supported home study course to hone your therapist skills to work with clients against cigarettes.  This comprehensive course contains both the hypnosis audio and hypnosis scripts detailed on this page, plus 5 audio lectures, client session videos, workbook and many other insightful, invaluable resources.

There are no reviews yet. 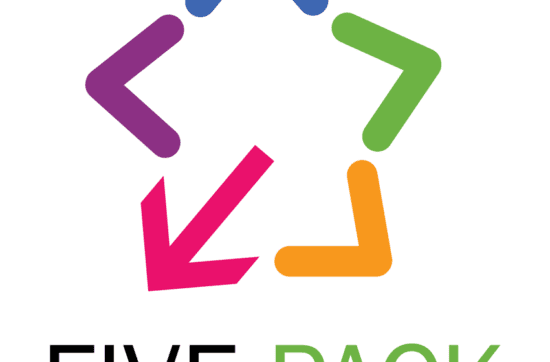